The Georgia Brass Band is a British-style brass band. These ensembles gained prominence in Victorian England during the early 19th century industrial revolution and traditionally were sponsored by factories, coal mines, or other industrial organizations. Today brass bands around the world carry on the tradition. Since 1999, the nonprofit Georgia Brass Band has been entertaining audiences with breathtaking performances that demonstrate the versatility and skill of some of the most accomplished performers in the United States. The group has competed successfully in several international competitions and has recorded two critically acclaimed albums. To ensure the next generation appreciates the power of music and the thrill of live performances, the Georgia Brass Band partners with schools and community organizations through its “Brass in the Class” initiative.

Click on a Section below to meet the GBB musicians. 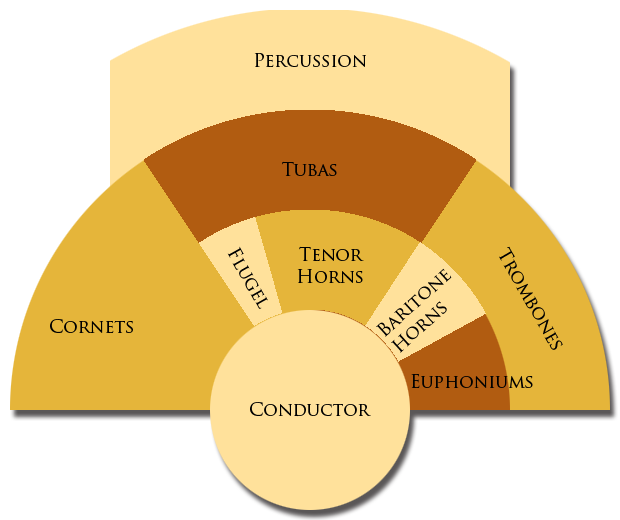